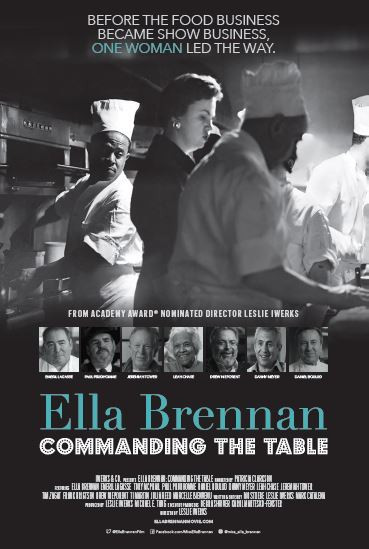 Ella Brennan is a household name in the restaurant industry. Known today as the inspirational matriarch of the rambling Brennan family of New Orleans and the force of nature behind first Brennan's and then Commander's Palace. Fired by her family at one point, she shouldered on. She was the creator of elaborate New Orleans breakfasts and jazz brunches and revolutionized creole cuisine. A pioneer of the modern American food movement, she pushed her chefs to the forefront helping to launch the celebrity chef phenomenon.

What many don’t know is that when Ella Brennan was a teenager in 1940's New Orleans, the city’s food and drink business was in its infant stage, generating less than a million dollars a year. Today, it has grown into a billion-dollar industry for the city, many crediting the Brennan family, guided by Ella for pushing Creole wining and dining into the American mainstream and creating a lasting impact on how Americans eat and drink.

Interviews and verite footage with current and former chefs from Commander's Palace, restaurateurs, peers, family and friends will provide past and present glimpses into Ella's unique life and world. This is the intimate and triumphant story of a groundbreaking American woman.

This product hasn't received any reviews yet. Be the first to review this product!